MGG Investment Group is a veteran team of private lending specialists who acquired their expertise at leading lenders, restructuring advisors, banks, and law firms. Our Principals are crisis-tested and have a history of working together. The team is led by Kevin Griffin, who has originated, structured, or invested in more than $5 billion of transactions and demonstrated success investing across numerous credit cycles. 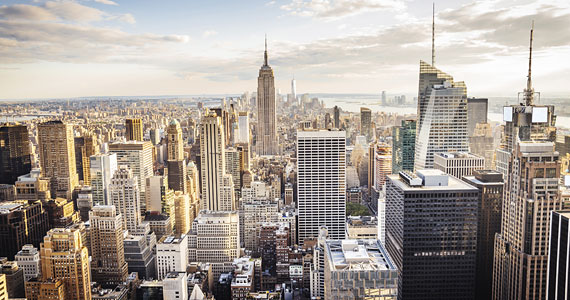 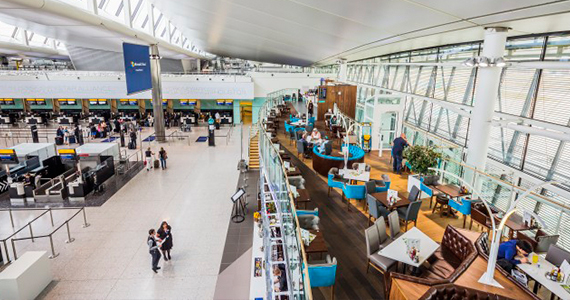 Mr. Griffin founded MGG Investment Group in 2014 and is the CEO and CIO of the firm.

Over multiple economic cycles, Mr. Griffin has originated and invested over $5 billion across the capital structure of middle market businesses, including distressed and 363 bankruptcy purchases, and has led all structuring and legal documentation with a focus on capital preservation and protecting rights in bankruptcy. Post-investment, Mr. Griffin has and continues to sit on numerous boards of directors and has implemented various restructuring changes and targeted distressed and opportunistic acquisition opportunities.

Prior to launching MGG, Mr. Griffin was a Managing Director with Highbridge Principal Strategies, where he was a senior member of the Specialty Lending Platform and a Member of the Highbridge Credit Committee. Mr. Griffin was also a part of Fortress Investment Group (NYSE: FIG) in charge of originating and underwriting investment opportunities for the Drawbridge Special Opportunities Fund. In addition, Mr. Griffin was the Head of Private Investing for Octavian Funds, a $1.4 billion hedge fund focused on global investing across debt and equity structures and was an investor with one of the first publicly traded BDCs, American Capital (NASDAQ: ACAS), where he was involved in numerous equity buyout and subordinated debt investments. Mr. Griffin began his career with Houlihan Lokey Howard & Zukin’s Investment Banking Division, focusing primarily on distressed M&A and financial restructurings.

In his spare time, Mr. Griffin enjoys spending time with his family and serving on charitable boards in his community. Mr. Griffin earned his BSBA in Finance from Georgetown University.

Prior to joining MGG, Mr. Racz was President, Principal, and Chief Legal Officer of Hutchin Hill, a multi-billion multi-strategy hedge fund. Prior to joining Hutchin Hill, Mr. Racz co-founded Octavian Advisors, LP, a $1.4 billion multi-strategy investment fund, and served as President, Chief Operating Officer, and general counsel (2006-2009). Previously, Mr. Racz was a member of the corporate department of the law firm Wachtell, Lipton, Rosen & Katz (1999-2006). There he advised on corporate, securities, and compliance matters for Fortune 500 businesses, investment firms, and institutional and high net worth clients, including ConocoPhillips, General Mills, Walt Disney Company, Citigroup, JPMorgan Chase, Fox Paine, Warburg Pincus, a Washington State Investment Board affiliate, and owners of the New Jersey Devils. Mr. Racz was also a journalist at The Wall Street Journal and The Buffalo News (1993-1995), and worked at the Manhattan D.A.’s Office (1991-1993).

Prior to joining MGG, Mr. Tayeb was a Principal and Controller at Apollo Investment Corporation, a publicly traded Business Development Company. At Apollo, he led day-to-day operations of finance and accounting, including supervision of middle office services and tax matters. He was also responsible for monthly and quarterly NAV and SEC filings, daily treasury operations (including managing a $1+ billion revolving multicurrency credit facility) and led quarterly investment valuations, annual budgeting, internal controls assessment, and reporting. Previously, he served as Director of Accounting for four years at Avenue Capital Group, a $12+ billion credit-focused asset manager with hedge, private equity, and real estate funds. There he was responsible for quarterly and annual financial statements, monthly valuations, reporting, and internal controls assessment, for various hybrid private equity/credit hedge funds and various management/corporate entities. He was also responsible for accounting and financial reporting of three CLOs with more than $1 billion in assets under management. He also spent a decade at PricewaterhouseCoopers LLP in New York, the U.K., and Asia, and KPMG LLP in Singapore.

Mr. Tayeb is a CPA licensed in New York, and a Chartered Accountant, and holds an MBA and Bachelor of Commerce from the University of Karachi, having obtained a 1st position in citywide uniform exams.

Mr. Cohen has nearly 30 years of experience transacting senior and junior debt to the middle market through all cycles.  He has led numerous teams in executing transactions for private equity, large corporate, turnaround, and distressed companies. Prior to joining MGG, Mr. Cohen was a Managing Director at Wells Fargo Capital Finance, where he managed a team of 13 professionals for the loan originations platform covering many different industry sectors across the central and south central U.S.  His team covered private equity and privately held companies executing senior and unitranche credit opportunities generating over $30 billion in commitments during his 15 year tenure. Mr. Cohen was formerly a partner with Monroe Capital, successor fund to Hilco Capital, where he was responsible for deal sourcing, investment structuring, underwriting, and execution of fund investments. He also served as the Midwest Regional Underwriting Manager of FINOVA Capital Corporation, and as CFO/consultant for two private companies.

Mr. Cohen received his BBA from the University of Iowa and his MBA from Loyola University.

Mr. Cohen spent 10 years as a board member of the Kohl Children’s Museum.

Mr. Flynn received his BS from the University of Connecticut and his MBA from New York University’s Stern School of Business.

Mr. Leger has over 18 years of experience in the asset management business. Prior to joining MGG, Mr. Leger was Head of Strategic Planning and Client Services at Akre Capital Management in Virginia where he helped grow the then 24 year old firm’s private partnership and mutual fund assets from $2 billion in 2013 to approximately $14 billion in 2019. Previously, he worked as Managing Director, Head of Marketing at Geosphere Capital, a $1.4 billion hedge fund based in New York City. Prior to that, he worked in a similar capacity at Steel Partners, a $5 billion global activist manager. Mr. Leger began his career in asset management at BRI Partners, a venture capital firm and joint venture with Mesirow Financial, that seeded hedge funds, helping grow their collective assets to in excess of $5 billion.

Mr. Leger received his doctorate in political philosophy and international relations from The University of Notre Dame in Indiana and his BA from Concordia University in Montreal, Canada.

Prior to joining MGG, Mr. Ma worked at TPG Special Situations Partners LP, a specialty finance firm (with approximately $6 billion in assets under management), sourcing and evaluating credit opportunities from both a primary and secondary perspective, including distressed, recapitalizations, rescue financings, and other turnaround solutions. Previously, Mr. Ma worked at Oaktree Capital Management, one of the leading credit firms in the U.S. (with approximately $90 billion in assets under management). He also worked as an Analyst at JPMorgan Securities, Inc. in the Syndicated and Leveraged Finance/Financial Sponsors Group.

Mr. Ma received his BA in Business Administration with a formal concentration in Finance from the University of Washington, Foster School of Business.

Mr. Stohr has over 20 years of experience investing across the capital structure, in both performing and distressed situations, in the middle market and broadly syndicated loans. Prior to joining MGG, Mr. Stohr was a Portfolio Manager at Ellington Management, co-leading a $2bn corporate credit platform. While there, he constructed, sourced and implemented a ‘value-oriented’ CLO strategy, originating 4 CLO vehicles. Prior to Ellington, Mr. Stohr was Head of the US Special Situations Group at RBS Securities, Inc., where he managed a $600mm credit portfolio and oversaw a team of 11 analysts and traders. Additionally, he held senior roles at Angelo, Gordon & Co, and GoldenTree Asset Management, where he focused on special situation credit opportunities.

Earlier in his career, Mr. Stohr was as a Principal at American Capital, leading equity and subordinated debt investments in middle market companies, and was an investor at Trivest Partners, a Miami-based private equity firm.

Mr. Tanner resides in California leading Western U.S. efforts. Prior to MGG, Mr. Tanner was with Cerberus Business Finance, sourcing, evaluating, negotiating, and managing investment and acquisition opportunities. He was responsible for all aspects of the transaction process from due diligence to legal documentation and post-investment portfolio management, including regular dialogue and strategy sessions with ownership and management teams. Previously, Mr. Tanner was with D. E. Shaw Direct Capital, overseeing and managing all phases of diligence, modeling, and investment committee memoranda composition. Mr. Tanner began his career at UBS Investment Bank, working for their Leveraged Finance, Restructuring, and Financial Sponsors Group, and also worked at Sorenson Capital.

In his spare time, Mr. Tanner enjoys spending time with his family, volunteering in his church and playing squash. Mr. Tanner received his BA in Classical Studies from Stanford University.

Prior to joining MGG, Mr. Joella worked as an Associate in the Private Debt Group of AEA Investors. Founded in 1968, AEA manages $6 billion in assets focused on private equity and debt investments in the middle market. At AEA, Mr. Joella helped manage approximately $2 billion in assets across senior secured term loan and mezzanine debt strategies. He led deal diligence efforts to evaluate credit opportunities in a range of industries and composed investment committee materials leading to the participation in roughly $1.7 billion of new debt issuance. Prior to AEA, Mr. Joella was an Analyst at Deutsche Bank Securities, where he was a member of the Media & Telecom Investment Banking group advising clients on M&A and capital raising transactions.

Prior to joining MGG, Mr. Krumholz was Vice President with CION Investment Corporation, a business development company with approximately $2 billion in assets under management. Previously, Mr. Krumholz was Senior Associate with KPMG, where he was on the M&A advisory team. He began his career at PwC, providing assurance services to alternative asset managers.

Mr. Krumholz received his B.S.M. in Finance and Master of Accounting from Tulane University. Jordan holds a CPA license in the state of New York.

Prior to joining MGG, Mr. Wang worked as an Investment Banking Analyst in the Financial Institutions Group at J.P. Morgan covering M&As, leveraged buyouts, and debt and equity financings for firms in Specialty Finance, Asset Management (alternative and traditional), and Financial Technology. Prior to J.P. Morgan, he was an Analyst at Barclays, where he was a member of the Securitized Product Origination and Leverage Finance group. He also worked at Ennovance Capital, a chemicals, energy, and healthcare industry focused private equity investment fund.

Mr. Bubrosky received his B.A. in Economics from the University of Virginia where he captained the varsity squash team.

Prior to joining MGG, Mr. Swami was an Investment Banking Analyst at J.P. Morgan in its leveraged finance group.